One Sidewalk. Many Memories.

I've posted most of the pictures you'll find on this blog over on Facebook for others to enjoy. One of my favorite features of Facebook is the way you can easily comment & interact on any photo. That's what happened on the photo below. For some reason it received an unusually long comment thread that I thought you'd find amusing, so I copied it here. What's so amazing, as Steve Warmack comments, is the amount of conversation created by one simple photo - and the range of topics covered (from the sidewalk we jumped to the city pool and then to the slaughterhouse and then to Jimmy Wimberly!)  If you're on Facebook, you can add your own comment here. If not, enjoy the conversation below & add your own comment on this blog post. 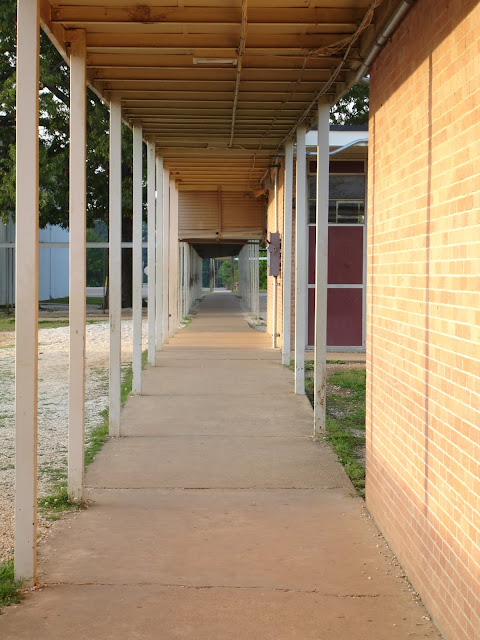 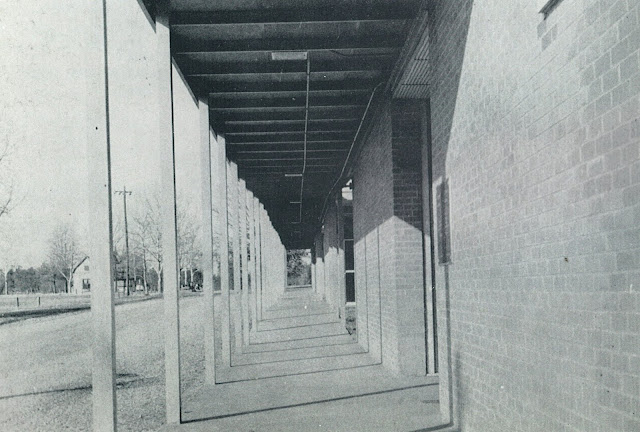 Courtney Sligh Moss at 4:28pm September 11, 2008
Oh the memories!!! Thanks Aaron - this is great! I used to ride my bike up and down the sidewalks everyday.

Trina 'Smurl' Williams at 9:07pm September 11, 2008
You can just see the gym off in the back. I remember it being built. I also remember getting the cool job of going to get the milk before naps. Yes, back when you went all day everyday. :-)

Scott - the higher you could jump... the further down the sidewalk you could reach... the cooler you were. That's it.

Scott Warmack at 9:47pm September 11, 2008
Another thing about that sidewalk...it was the absolute greatest place to ride your bicycle during the summer.

Melody Gartman Lucas at 10:10pm September 11, 2008
The Gym....blood,sweat and tears!! The new smell. They made us run like crazy in that gym. I think Coach Cooper was there...not sure. Help me out Stacy. I think this is where we got our yearly shots. Even as a nurse I hate needles.

Stacy Cunningham Gilbert at 10:30pm September 11, 2008
Scott...I cannot tell you how many summers I spent riding on those sidewalks..great fun!

Pam Hill Arpin at 10:25am September 21, 2008
We lived two blocks away from the school. I spent everyday riding my bike around the school. I don't remember seeing any of you! lol

Brian and Carrie Gartman at 9:59pm October 23, 2008
How about dusting the chalkboard erasers on the big tree between the school and the lunch room? The 500 ft tall slide that was the cause of at least one broken arm a year? And the tragedy of all tragedies,,,when they closed the city pool across the street from the school?

Our DADS used to go swimming in that pool!

Andrew Welch at 1:51am October 24, 2008
I remember when my brother, Robert, fell off that slide. I think that was when they took it out. Oddly enough he wasn't hurt, but I think the fall explains some of his more unusual quirks today...LOL

I still miss the pool whenever I go past that parking lot. Its not the same swimming at the rec center...probably why I don't go.

Stacy Cunningham Gilbert at 9:19am October 24, 2008
The City Pool! There is not one summer that goes by that I don't think about that pool! It seems like the deep end where the

guys played "swim tag" was 50 feet deep! I was there every day in the summer! I walked from my house barefoot! What was my mom thinking letting me do that...well, now that I think about it, she probably didn't know!

CHALLENGE:
First one to find & post a picture of the city pool wins.

Brian and Carrie Gartman at 9:58am October 24, 2008
The first time that I watched The Sandlot (the best kids movie ever !!) the pool scene really got me...and when they were walking around town getting bottles to buy a baseball...I remember doing the same thing and going to Graves to buy whatever it was we wanted that day! BTW, Aaron, one of the instructors back in the day is my stepmom!

Trina 'Smurl' Williams at 11:08am October 24, 2008
I loved swimming there. I also think about that pool whenever I drive by. I remember being scared to death to jump off the diving board too. I remember our parents would just drop us off too. I wouldn't do that now with my kids!

Mandy Jester Martindale at 12:28pm October 24, 2008
I've loved swimming at the pool!! When it was time to leave mom would yell our names to get out, and we would go under real fast and pretend like we didn't hear her. haha I remember all the older guys with their cut offs on, making huge splashes!

Steve Warmack at 2:34pm October 24, 2008
What I find interesting and a little touching if I can set aside my usual smart-@$$ ness... is how many responses have been generated by this simple picture.

It was the best for riding bikes.. but I will go old skool on you and say that I remember riding "Big Wheels" and "Green Machines" there...

As for the city pool......Great memories... the guys driving up in their trans ams with Bostons first album jamming.... cut off shorts.

Stacy Cunningham Gilbert at 2:43pm October 24, 2008
I absolutely do, Steve! In fact, I remember walking by there to go to the Grant County Museum from my house on Vine Street and putting my fingers in my ears and going "la, la, la!" until I got further away. I would never let myself look in the
back pen to see the pig when driving by. I think I was afraid they would plead to me with their eyes and I would be forced to do a jail break!

BTW - I think I was at the pool the day someone almost drowned because their arm was in the drain. I remember someone diving in to save him.

Aaron Wilson at 3:22pm October 24, 2008
I could only dream of a Big Wheel. And a Green Machine?! Why, my daddy would have to take a second job!
Flaunting your childhood life of luxury and on top of that scaring the children with "this little piggee" stories cannot be tolerated. :o)

I like your old skool Steve... keep bringing it.

On a very similar yet unrelated note - Eric Hanson recently gave me a cool vintage t-shirt that says "Old School" across the front... with a picture of a Big Wheel on it! Classic.

Aaron Wilson at 3:42pm October 24, 2008
Ahhh haaa! Now I remember the Avant's store that Stacy mentioned on another post! Was it right there on the corner of Vine & Hwy 35? The city pool dialogue stirred up my memory a bit... seems that my mom forgot to come get me at the pool one afternoon so I started walking home (at an age too young to walk home - even in Sheridan). I vaguely remember sitting on the curb or maybe the platform where the gas pumps once were, waiting on mom to come get me. Wow. That's weird. This is fun.

I've been trying to get this much action at my blogs for years! Who'd a thunk some pictures of old buildings would create so much buzz.

Seriously - I'm enjoying this and appreciate everyone's comments. Now, go listen to Kenny Rogers sing "20 Years Ago" and have a good nostalgic cry....

Eric Hanson at 4:01pm October 24, 2008
City pool- I learned to swim there, too. That pool was a babysitter during the summer. But the level of stink in those bathrooms could make a sewer inspector blush.

It was Scott Holt that got his arm stuck in the drain. Was feeding it leaves or something when it sucked him in. The guy that saved him was an older guy that played tag in the deep end. Forgot his name but it was something like Wimbo.

Kathy Flynt James at 10:35pm October 24, 2008
This is so funny. When I was in elementary school I used to have real dreams about riding something like a big wheels or other type of vehicle at the elementary school! I had no idea kids actually did that! And when I was taking pictures of the
school yesterday I remembered that old swimming pool nearby. I only went there a few times because I lived in Ico. And I also remember the slaughter house because my parents used to get a bunch of meat there to put in the freezer every year.

I hated going in there. As my nearly four-year-old nephew would say, "it was piscusting"....

Aaron Wilson at 3:57pm October 25, 2008
Wimbo pulled up next to me at the red light in Sheridan once, rolled down his window and with a jaw full of chaw, in a Grant County neighborly way asked, "Gotta pool chain?"

Bruce Dobbins at September 8 at 8:50am
Aaron, I really appreciate the work you have put into this site. You have made me remember many things of my childhood I simply forgot. Thank you.
Posted by Aaron
Email ThisBlogThis!Share to TwitterShare to FacebookShare to Pinterest
Categories: Elementary, history, photos, schoolhouse