Below is the movie ad for "2010" found in a December, 1984 Rolling Stone magazine. What once seemed so far away is now upon us. We've well surpassed the year 2001. And who can forget the prequel to the movie below, Space Odyssey that gave us this great opening scene? Now we're just a few months away from 2010. Crazy. We should be living on the moon and driving spaceship rocket cars by now, shouldn't we? 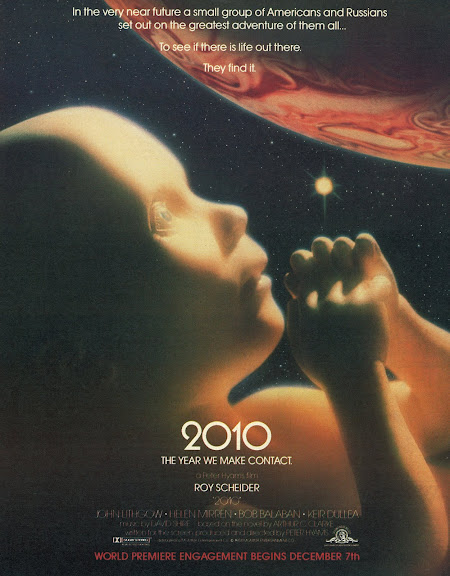 Here's the skinny on 2010.
Posted by Aaron
Email ThisBlogThis!Share to TwitterShare to FacebookShare to Pinterest
Categories: entertainment, music, pop culture