I promise this isn't a paid endorsement, but I would like to recommend to any of you the Grant County Museum. If you enjoy the historic and nostalgic posts here at the Sheridan 88 blog, then you'll really be in for a treat at the museum. Below are a few pics I took last summer of some of the exhibits that pay tribute to the Sheridan schools. 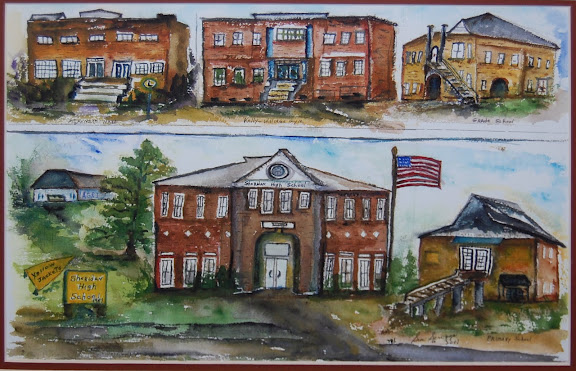 This is a watercolor painting by Sue Scroggs of the many schoolhouses which make up the Sheridan schools. Most of these are recognizable except for the building in the upper right, which burned down in 1957. Scroggs has it labeled as a grade school (might've been used for that), but it was built around 1918 as Missionary Baptist College. 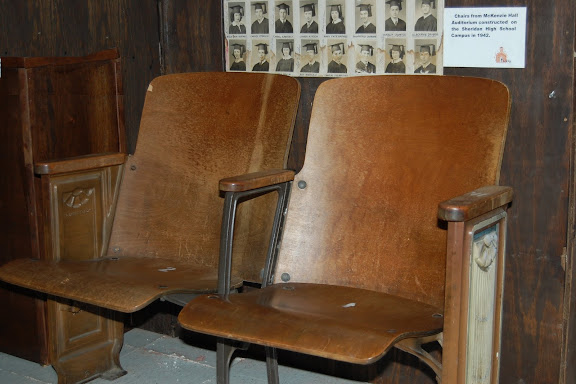 Do you recognize these chairs? I would love to have a pair of these, so if you know anyone who has some, please let me know! These are chairs from the McKenzie Hall auditorium. 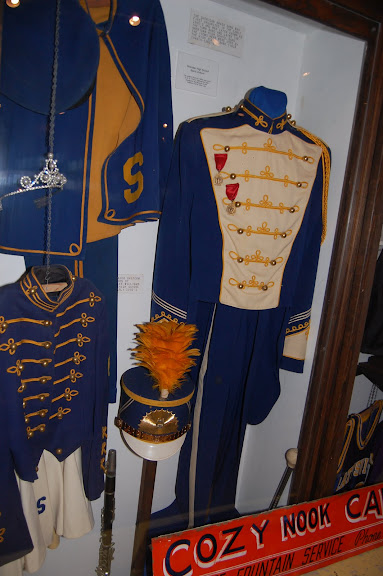 Here's an exhibit featuring some of the old band uniforms from the 1940's & 50's. Next week I'll be posting a pic of the 1977 marching band in their German-inspired uniforms. 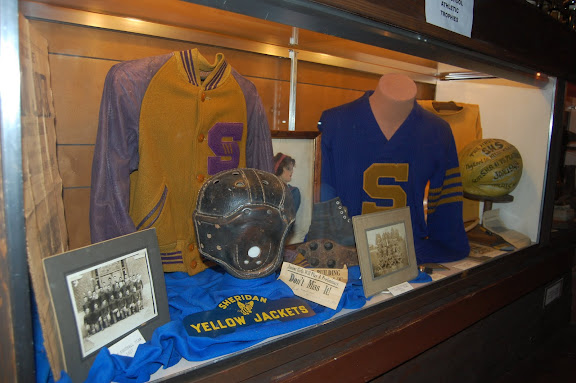 Yes my friends, all this and more... at your Grant County Museum.
Posted by Aaron
Email ThisBlogThis!Share to TwitterShare to FacebookShare to Pinterest
Categories: Band, history, schoolhouse