Let's go back a few more years for this post. We'll move beyond 1988 - in fact, we're going 45 years back! The year is 1964, when many of our own parents were still walking the halls of their own high school (our middle school bldg) - which was brand new. The building was finished just a year earlier and the new library had yet to be filled with books.

I'm not sure who came up with the answer, but the $64,000 question had to be something like, "Just HOW IN THE WORLD are we going to transfer 4,000 books from the old library on one end of the campus to new library on the other end?" The answer? See below. 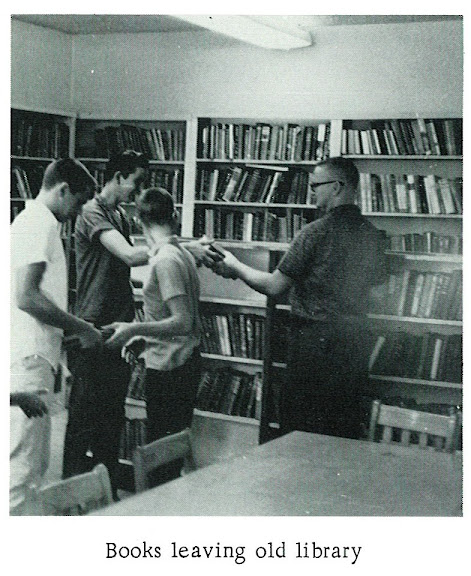 Do you know where the old library was located? Only if you were in band would you have had any reason to go around back & beneath the band hall, as your musty, polyester band uniform (complete with blue velvet cowboy hat & white plume) was issued from this dungeon. The spooky place we knew as uniform storage, was the old library. 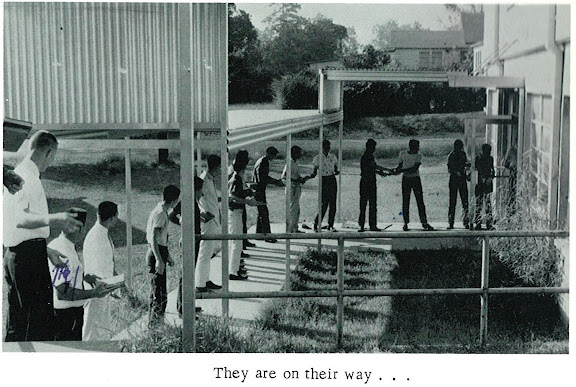 These are the steps & sidewalk that lead back behind Mitchell Hall and under the band/choir halls. 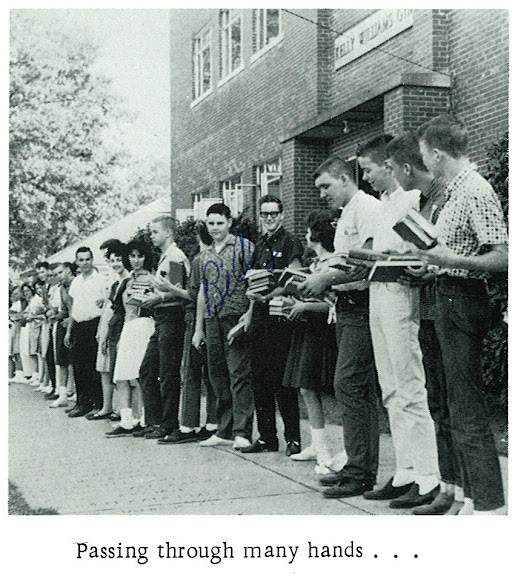 I think that's my dad in the middle of the line wearing the dark shirt & horn rimmed specs as the books pass in front of Kelly-Williams Gym. Kinda looks like Annette Funicello there about 5 people on down the line. Well... I guess all those girls looked like her back then. 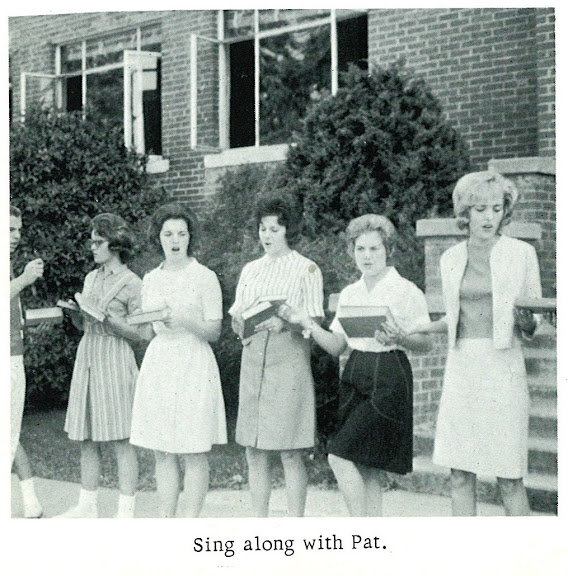 I wonder what they were singing? 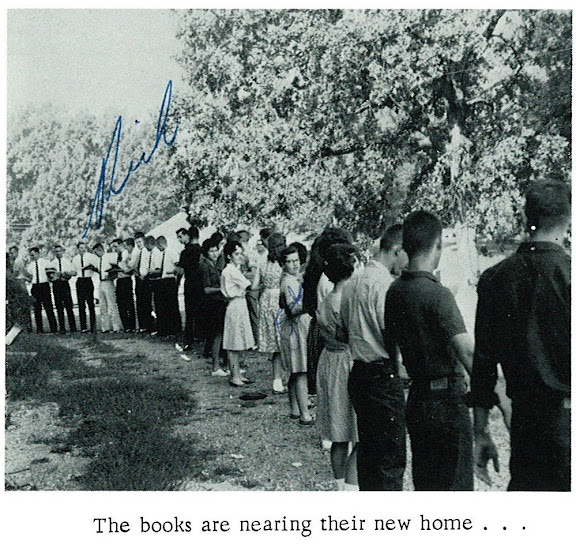 Those are probably the football players in the back wearing the white shirts & ties. This tradition continued through our high school days. One of those football players is Rick Balwanz, who signed this photo out of my dad's yearbook. 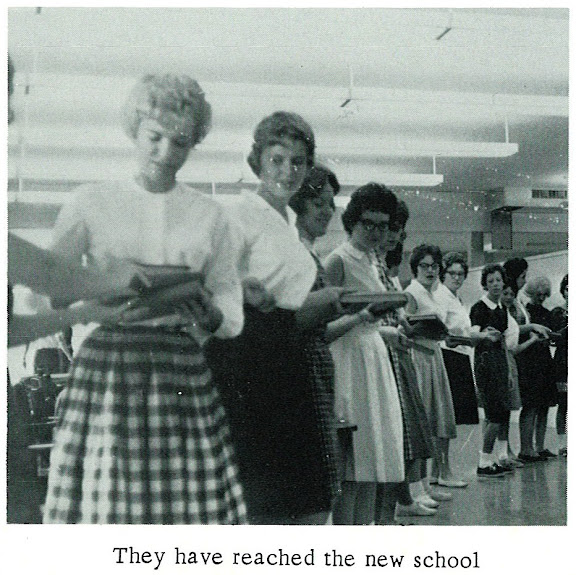 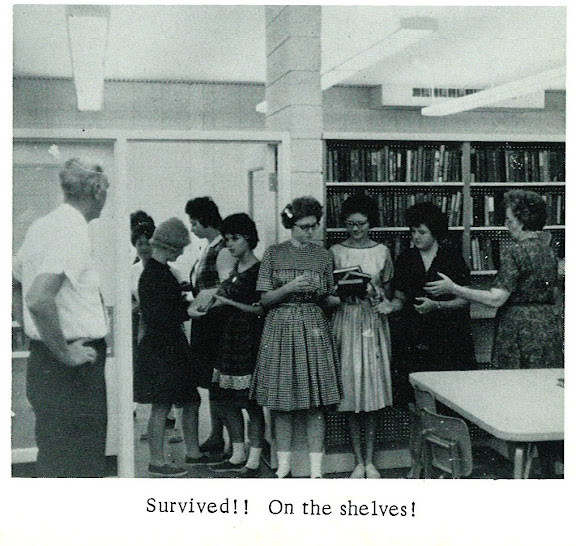 For some reason - even in high school - life seemed so much more innocent back then.
Posted by Aaron
Email ThisBlogThis!Share to TwitterShare to FacebookShare to Pinterest
Categories: history, middle school