I have an April 16, 1984 edition of Time Magazine (I'll post the cover & some articles later) published during the year that most of us 88ers were receiving our driving permits. For today's post I want to show you the automobile ads that were included in this mag.

Two thoughts come to mind:
1. It's highly improbable that our folks were buying the latest models (maybe the K Car).
2. It's even more improbable that if they did have a new model, they'd let us practice our road skills with it. 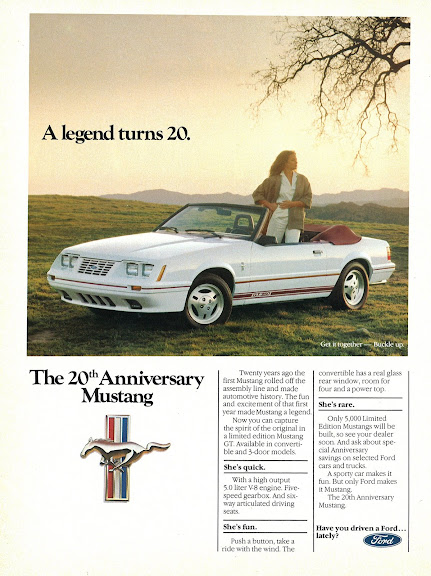 If 1984 was the 20th anniversary for this great little car, then that makes this year it's 45th anniversary. After the Big Boog retired (my '72 LWB Dodge pick-up), I was the happy recipient of an 1986 model 'Stang. Though it was only a "LX" model (a GT wannabe). 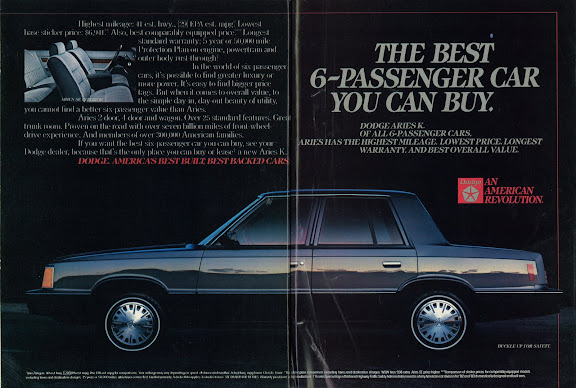 Though the K Car was soon a plague to be avoided by teen drivers, it actually sold pretty well. I also have the 1984 special "Olympic" issue of LIFE magazine, in which Chrysler (the uppety older brother to Dodge) apparently bought all auto ad space. Guess the advertising didn't work too well, since they just announced bankruptcy last Tuesday. Speaking of which - here's a bit of trivia for you. Did you know that the Chrysler headquarters building was designed to easily convert into a shopping mall? Why did the designers do this back in the 80's when it was built? Answer: In case of bankruptcy! Believe it? I heard it on NPR. 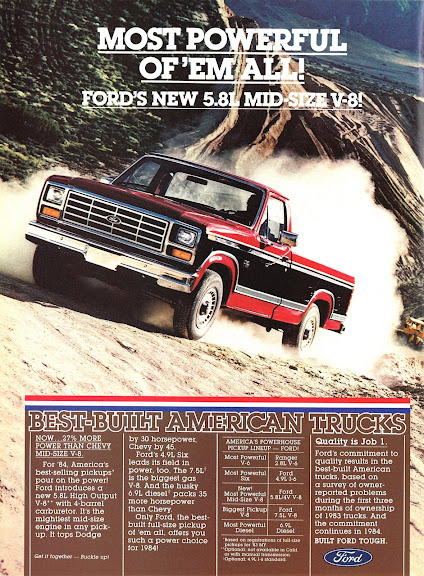 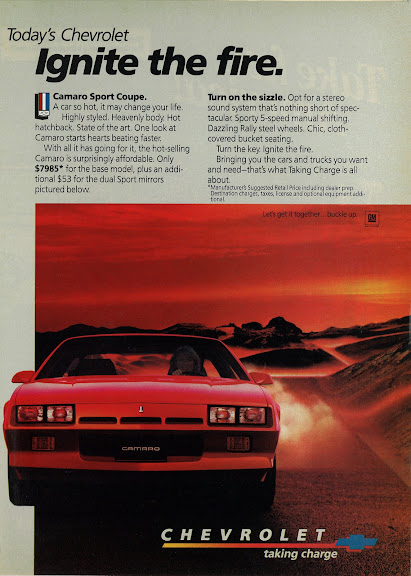 Out of all the sports cars that were popular in our day, Camaro has always been my least favorite. I have no educated mechanical or technical explanation... pro'bly just asthetics. And, it has nothing to do with the fact that my best friend wrapped one around a telephone pole in the curve in front of the Whitworth's house.
Posted by Aaron
Email ThisBlogThis!Share to TwitterShare to FacebookShare to Pinterest
Categories: automobiles, pop culture