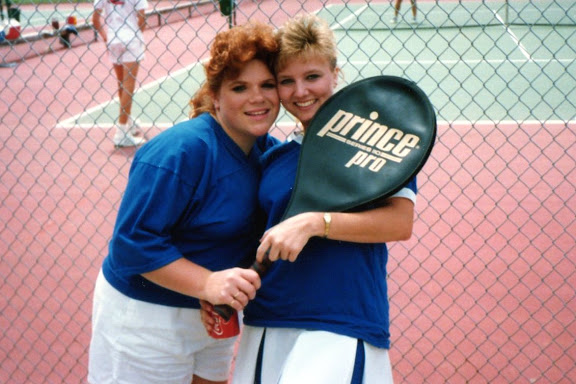 Sheridan did not win any individual titles, but Jim Pollock and Christy Berry both advanced to the semi-finals. Their efforts helped spur the Yellowjacket team on to the third place finish behind Lakeside and Lake Hamilton.

On April 18, Sheridan lost to Bryant despite the fact that Rickey Whitaker and Paula Ferguson each won their number four singles match for boys and girls, respectively. The next day, Sheridan was defeated by Benton.

Sheridan chalked up its only win of the year April 21 at Fordyce in a tune-up for the district meet.

On a different note, Shelli Smith and Brian Williams were named teammates of the year.
“I want to show my appreciate to all of the members of the team for their hard work, “ said Coach Larry Don Smith. “Special thanks go to Terry Mosely for all of his help.”

from The Sheridan Yellowjacket