Here's the third and last post of middle school pics. These photos come courtesy of Andrea Winston and the first three were taken on the infamous blacktop between the middle school building and the Kelly-Williams Gym.

(editor's note: I can't decide if I like the photo captions above or below the photo. What's your preference?) 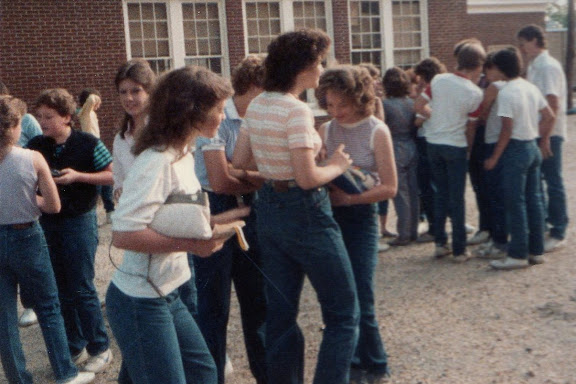 This first photo shows a group of people but only a few who I'm able to i.d. From left to right I see Kim Sites, Ky Fiser, Jaime Bray, Christy Sullivan and Vicki Thompson. Do you recognize any others? 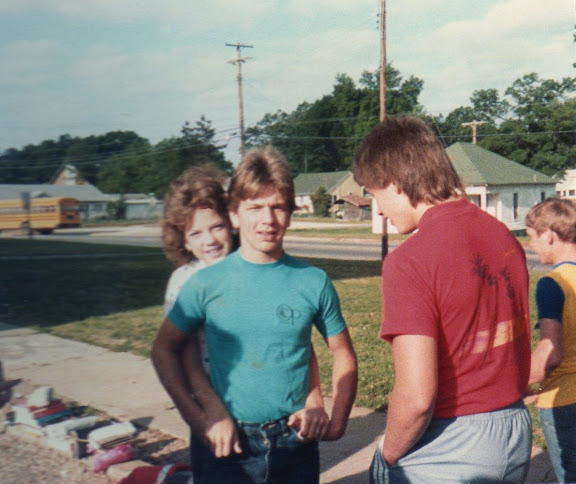 Here are Scott & Michelle doing what many junior high sweethearts did to show their affection: stand around & lock appendages. That's basically it.

We also see Alan Holmes, who at 14 is already as big as a truck. I'm not sure who the guy is in the blue/yellow shirt.

As always, you don't fully appreciate an old photograph unless you make a close examination of the background. So, check out the books all stacked side by side on the curb, routinely neglected until the morning bell. And, by the way, if you could pan the camera left, just enough to see the corner of the gym, you'd be able to see my dad's name on his senior sidewalk, which ran along the north side of the gym. Also across the highway you'll see a vacant lot to the left of Vanucci's Chiropratic Clinic. This lot has a Valero station on it now. You might also notice the roof of the United Methodist Church just peeking over the top of a house at the far left.

Now check out the photo below to see what this view looks like today. I took this photo just a few days ago close to the exact same spot. 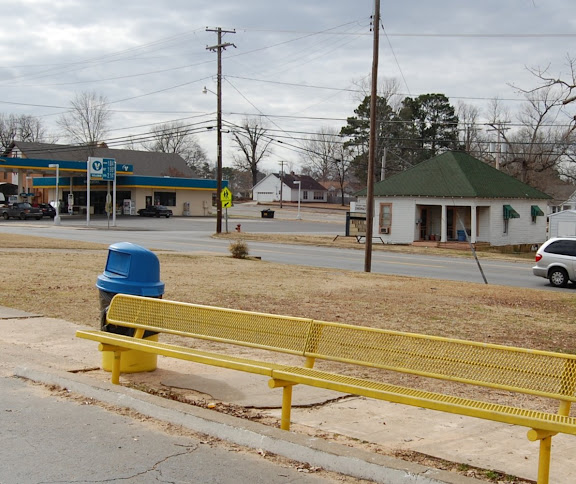 Compared to the original... 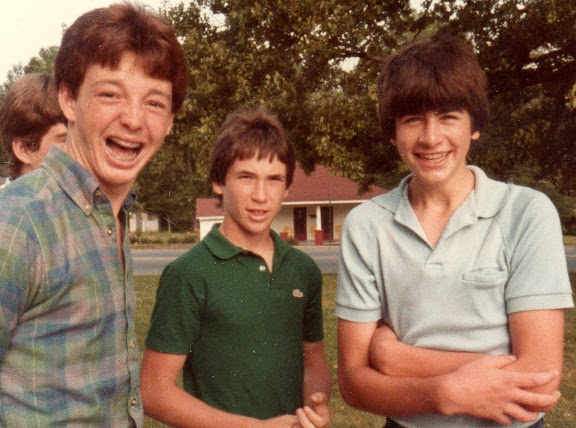 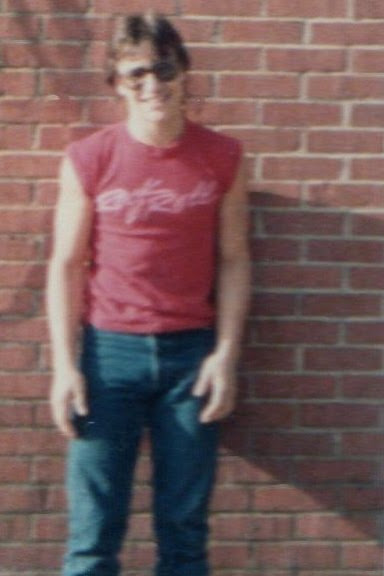 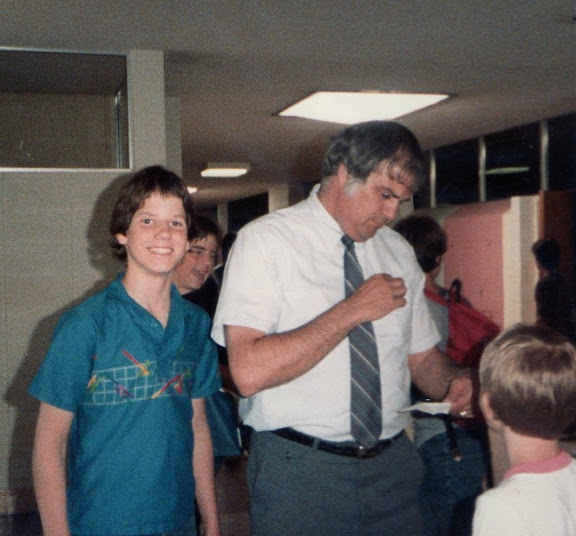 Here's a much younger Larry Campbell standing next to Coach Tadlock. That's a much, um... rounder Reggie Gatewood in the background between them.
Posted by Aaron
Email ThisBlogThis!Share to TwitterShare to FacebookShare to Pinterest
Categories: middle school, photos