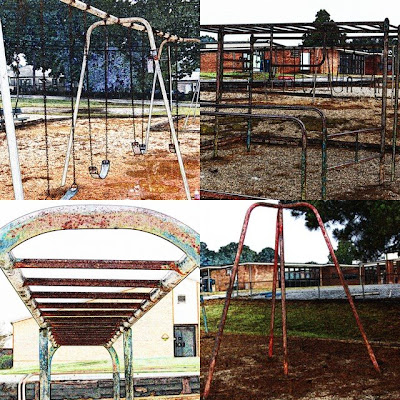 I've had these photos for a few weeks intending on posting, then some discussion on Facebook about the playground prompted me to go ahead with the post. These pics were taken in October of 2008. Click to enlarge any image. 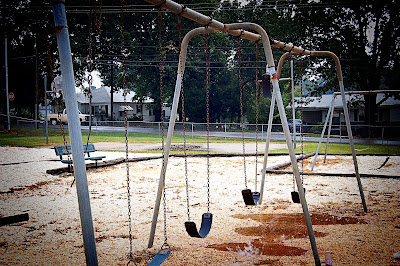 Here is one of the two sets of swings that we enjoyed in Kindegarten & 1st grade. They've since been transferred to the other playground, along with the equipment below. 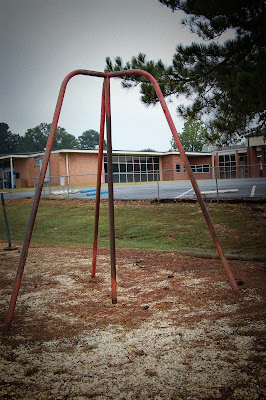 Never quite understood this one...I'm calling them the "Quad Poles". I guess you just climb them. What fun! 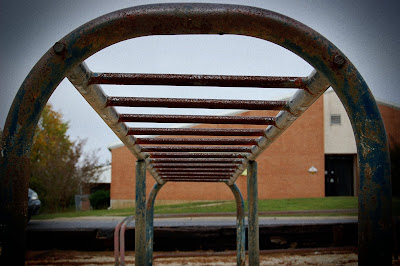 This is a low set of monkey bars... for short people, I guess? Most of this equipment is in the same place it was over 30 years ago. 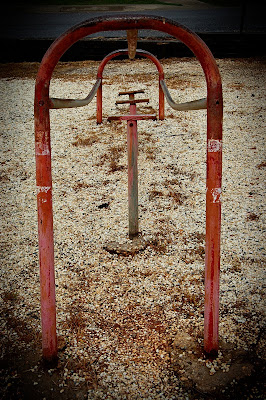 Here's a shot of a unique rig. You might remember that it once had a fiberglass board running down it's length that you laid on while scooting down the bars. You can still see the "T" brackets where the board was mounted. 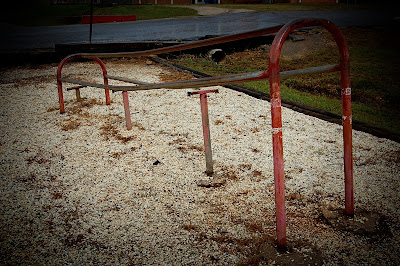 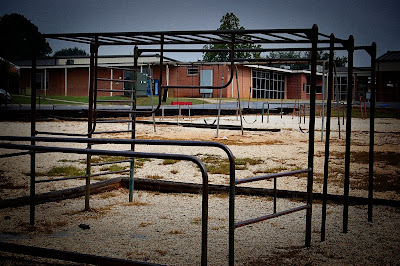 The king of monkey bars! This is where Dena Bennings did all of her Cherry Drops. That's where you hung off the top with your knees wrapped around the bars. You'd then start swinging back & forth until you could throw yourself up enough to land on your feet. I was always too chicken to try. I remember a guy named Tommy Baker that had mastered the Cherry Drop. 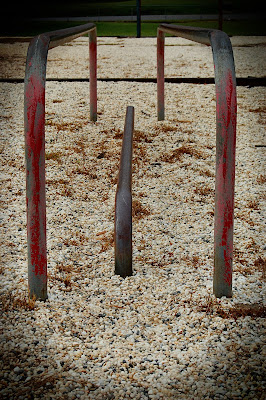 Of all the dangerous equipment on our playground (remember the 100 ft. slide!?), this is the only piece with safety rails! That's in case you fall off the 6 inch balance beam I guess. 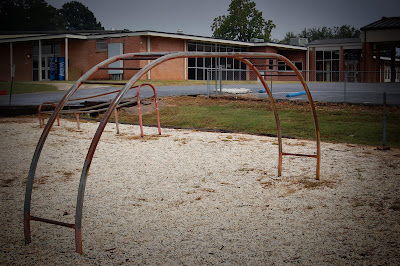 These monkey bars here hold two of my most lasting elementary memories. First, these bars are what rubbed the blisters on our hands to the point where we would run to the nurses office to get a strip of that white medical tape wrapped around our hand. I always thought I was cool after getting wrapped up. Look at your hands now... I'll bet you still have a couple of calloused lumps from climbing these bars.
The other memory involves Jason Moore. He had just moved to Sheridan during our 2nd grade year and his family moved into a rent house next door to me on Mockingbird Lane. So, I'm standing in line waiting to cross the bars when this red headed kid asks if he can have "tips". "Tips?" What kind of playground speak is this? Where is this kid from? When Dawn "Squeaky" Roberts, who was in line in front of me, encouraged me with the words, "Do it. He's new," I realized that Jason wanted to cut in front of me. So I let him. As soon as we crossed over, the bell rang and we ran up the gravel hill to our second grade row of classrooms. It was then that I realized that he might be the same new kid who moved in next door to me, so I asked him. This began a relationship between us that remains to this very day. 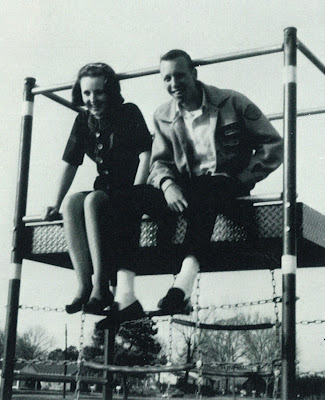 Remember this thing? Stacy Cunningham referred to it as the "Tower of Death". I had to search my dad's 1960's yearbooks to find this pic. Needless to say it's no longer on the playground. They probably dismantled it and melted it down along with the 100 ft. slide after Robert Welch nearly plummeted to his death and bit a hole clean through his tongue. I vaguely remember this tower... and seems that I was a bit nervous once I reached the top. That's understandable, I'm 38 years old now and still afraid of heights.
Posted by Aaron
Email ThisBlogThis!Share to TwitterShare to FacebookShare to Pinterest
Categories: Elementary, photos