Below are a few pictures of some of our classmates celebrating Christmas morning as a child. Today, many of us are the parents setting out toys for our children. Let's hope they look back on their childhood as fondly as we do. 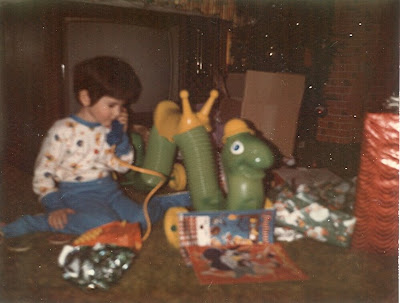 Be sure and ask Melissa Nesbitt why her hair was so short in this Christmas pic of her kneeling next to the classic "Inchworm" riding toy by Hasbro. See some cool pics & the original commercial here, where I borrowed the pic below of the original box. 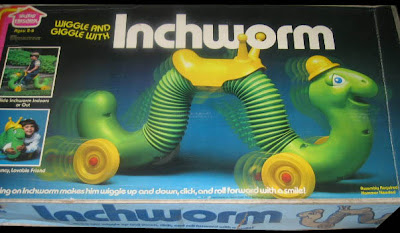 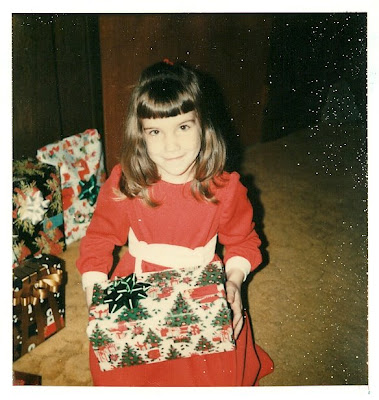 In this photo is Vicki Ausbrooks Fletcher opening one of her wrapped presents. In the immortal words of Pedro, I must say "I like her bangs." 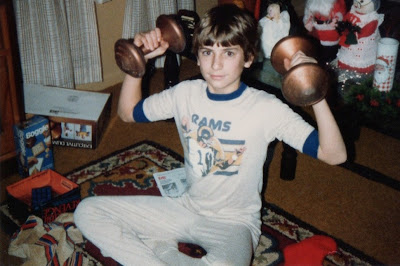 Um... I'm not sure who this guy is... but I'm glad he finally received some dumbells. Notice on the floor behind him: the game of Boggle and a Rubik's Revenge. Also notice below his right knee: one ugly pullover. Finally, notice the keen foresight... here is a die-hard Rams fan... back when Kurt Warner was only a year younger and the team hadn't left LA yet.

We all have plenty of childhood memories, like the Christmas parties at school. I think it was Mrs. Wood's first grade class that all drew names to exchange gifts with another classmate. I can't remember if Bryan Tygart was the giver or receiver of the nerf football, but it was wrapped without a box in metallic green paper, so we all knew what it was by it's obvious shape.
BTW, that Nerf football remains the "biggest selling football of all time." This wonderful piece of toy trivia comes from a neat guy named Tim Walsh and his book, Timeless Toys - which sets prominently on the coffee table in my home office. 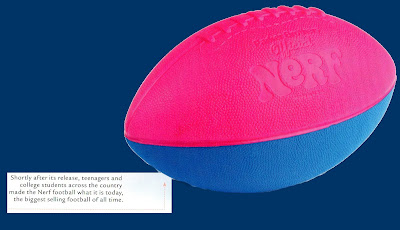 After the new year begins, I'll be posting some trivia questions taken from Tim's book - some of which the answers have already been posted on this blog (remember what the best selling toy is - EVER?) Stay tuned!

Posted by Aaron
Email ThisBlogThis!Share to TwitterShare to FacebookShare to Pinterest
Categories: Christmas