Here are a few more pics from Kathy (Flynt) James taken just last month (October 2008). Though most of us still live in and around Sheridan, there are still a few who might be reading this blog who haven't been to our alma mater since they received their diploma. Well, this post is for you. Here are the current buildings of the SHS campus. 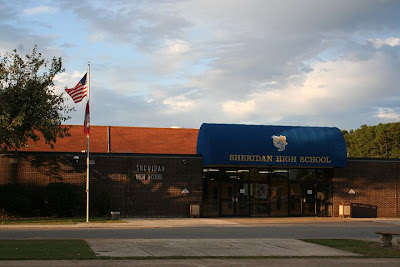 This is of course the front view of the high school. Notice the new awning and enclosed entrance. Across the street they've almost cleared the entire block for parking and other uses. 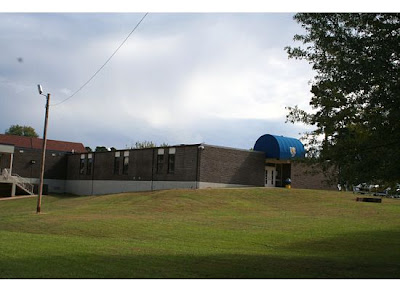 This is the west end of the front hall at the high school. There were four new rooms added on after we graduated. The stairs on the left went into the building by Mrs. Graves' classroom. Also, the sidewalk that wraps around the corner of this part of the building is our senior sidewalk. I'll have pictures of the sidewalk soon. 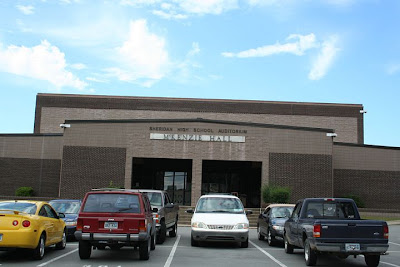 McKenzie Hall. We only knew it as "the auditorium", but since the demolition of McKenzie Hall, the name has been handed down. I believe we first used this auditorium our sophomore year. I can remember walking into the hollow shell of a building before it was finished. Water had pooled up at the bottom of the sloped floor where the stage would eventually be. 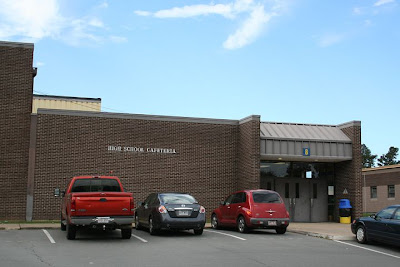 The Jacket House. Another new building for our class to break in. The round tables, a la carte menu and jukebox were some of it's new features. I'm not sure if it's still called the Jacket House... does anyone know? 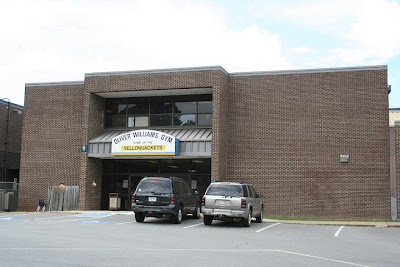 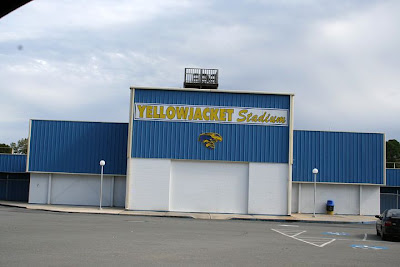 The Yellowjacket Stadium, where many of our favorite memories were made. 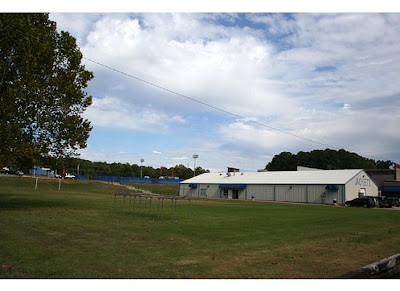 This new building (1995?) is the field house for the football team. It's named after our middle school principal and former SHS football coach, Charlie Whitworth. Mr. Whitworth passed away in August of 2007.

This completes our current tour of the SHS campus.
Posted by Aaron
Email ThisBlogThis!Share to TwitterShare to FacebookShare to Pinterest
Categories: photos