From One Champ to Another

Congratulations to Coach Campbell, his staff, and his 11-0 Yellowjackets.
What a super year!

It appears Coach Campbell (like Coach Charlie Whitworth and Coach Charles Robinette of the 1960’s and early 1970’s Yellowjacket teams) has instilled in these young athletes that it only takes a little more to go first class.

This year’s team has rekindled great memories for the Yellowjacket Alumni. These memories are of a football program that was first class.

In 1966 the Yellowjackets completed their season 10-0. There were no playoffs. The 1966 starting squad gave up 7 points the entire season. They scored 265 points and gave up 74 points, 67 of which were scored on Sheridan’s 2nd, 3rd, and 4th strings.

The 1967 team had the state’s longest winning streak at 18 games before losing to Malvern. The season ended 9-1. 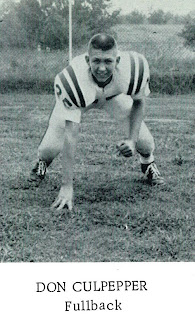 Malvern. They had 6 shutouts to their credit.

Jackets, keep up your first class attitude and it will follow you through life. Good luck! And Beat Arkadelphia!! 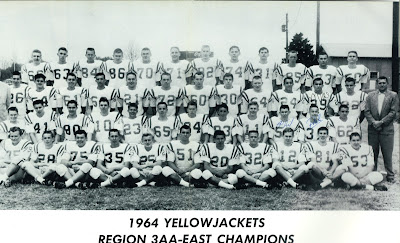