You know you're a redneck if your fondest memories growing up took place in a Walmart discount store.

I'm proud to say that many of mine did!

Right after the Sheridan Wal-Mart (pronounced "WalmartS") opened in 1980, on a rare and very special occasion we would take a trip way down south of town where Cliff Peck Chevrolet was before it burned. Don't remember Cliff Peck? How 'bout that circus outfit that came to town about as often as Haley's Comet... remember that? All happened in the same spot. Cliff Peck Chevy... rag tag circus event... new Walmart. And now, of course, the new Walmart Supercenter.

So, we'd make those special trips down to Walmart for our daily necessities - my primary necessity being the Matchbox Cars they sold for 76 cents. They were hanging there on the toy aisle... the second or third aisle from the front of the store. I think it was that same aisle I would have to mop 16 years later during my first night on the job as a Walmart Stock Clerk when somebody's diaper-less baby left a pile in the middle of the aisle and a shopping cart wheel trucked right through it, leaving a skid mark longer than any you'd find out at the Benton quarter. My point being... I remember buying those Matchbox cars there. But this is only the first of many - MANY Walmart memories...

And those are my memories from the Sheridan Walmarts. Now, here are images from their Grand Opening Ad from a 1980 Sheridan Headlight. 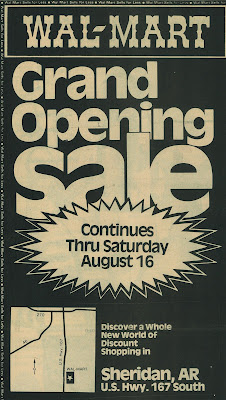 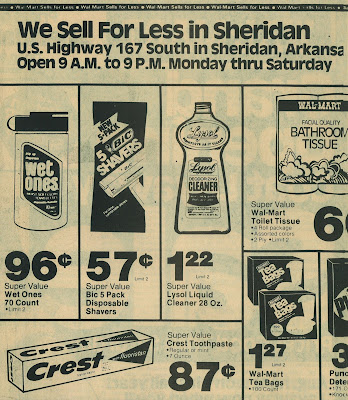 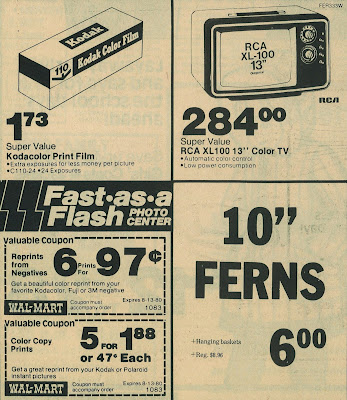 We never could afford Prang watercolors. Now I see why... they were high!. 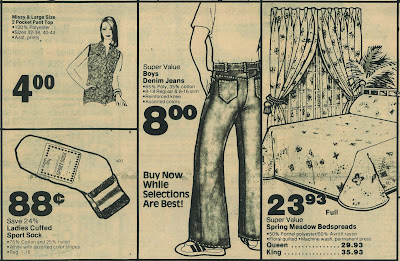 The boys' football jersey above can now be bought on Ebay under the "Vintage Clothing" category for about twenty bucks. 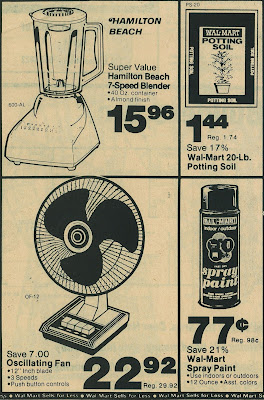 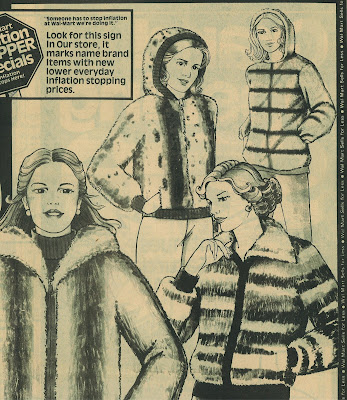 I'd bet if I dug around long enough, I'd find some old 4th & 5th grade photos of some of you girls sporting coats like these! 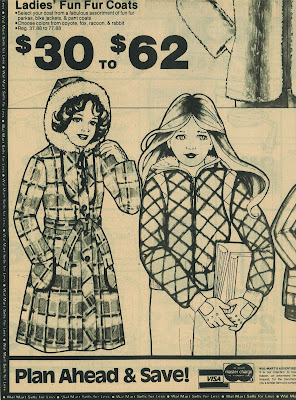 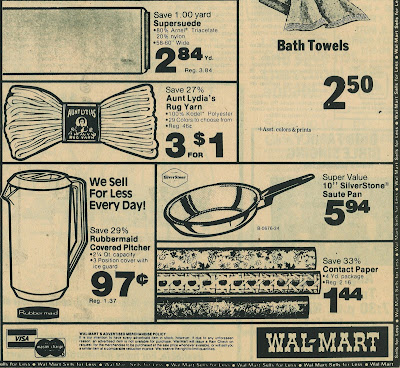 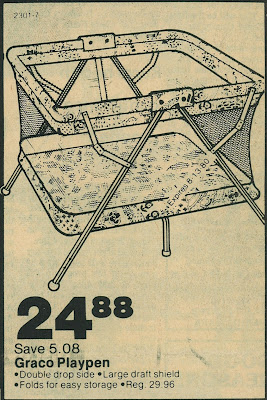 Remember - the Pack-n-Play hasn't been invented yet! 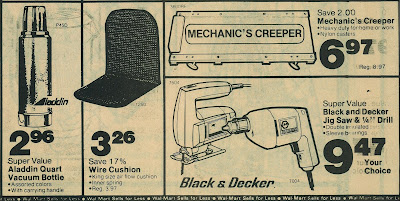