Here are the remainder of the slides that I unveiled last week. 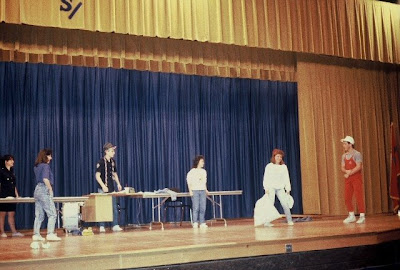 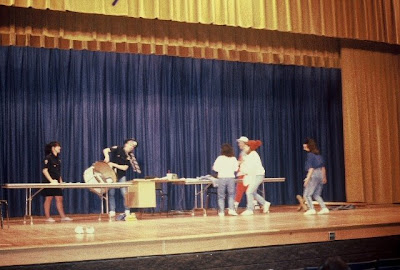 Pictured above are: Maria Bolanos, Aaron Wilson, Joom Ha, Sara Luft, Trent Allen and Betty Jo Skorcz.
These first two slides (above) were taken as we rehearsed the end of the first act of our play. It takes place in a police precinct, where Sgt. Ausbrooks (me) is trying to bring order to the morass of mayhem taking place at the station. With a Spanish-speaking officer (Maria) trying to interpret a Korean suspect (Joo Mi) along with the distractions of a trash lady (Sara) and a call girl (Betty Jo - [SIGH] I can't beleive I'm even typing this! A call girl in a high school play?), in comes the accusing Alfred E. Oldman (Trent). Sgt. Ausbrooks trys a megaphone, a bass drum and finally resorts to clanging a pair of cymbals to quiet the crew. 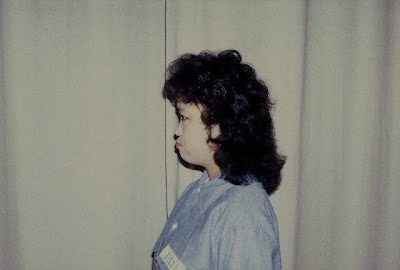 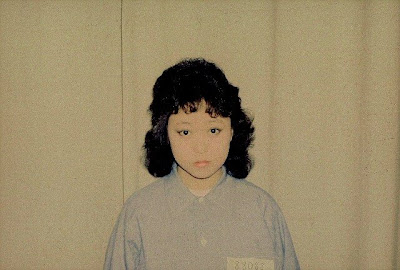 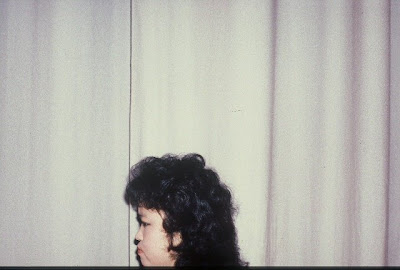 Joo Mi Ha as Kumok Edode Mominy (I have no idea where we came up with that name.) 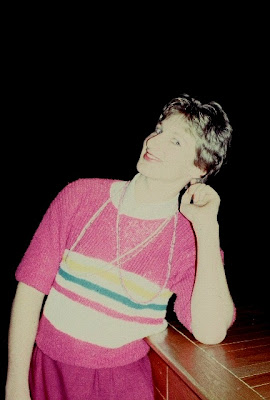 Watch his masterful perfomance here. Travis also had another brief role as Kenny Johnson's court assistant during the second act. 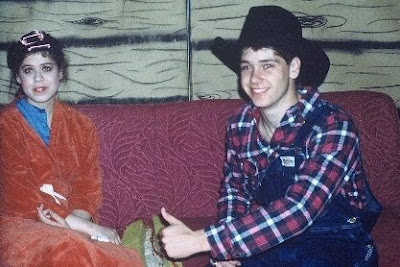 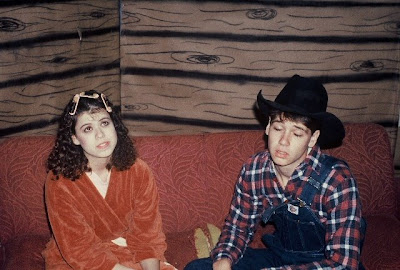 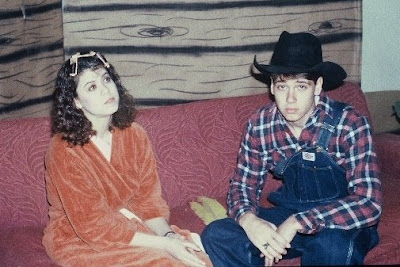 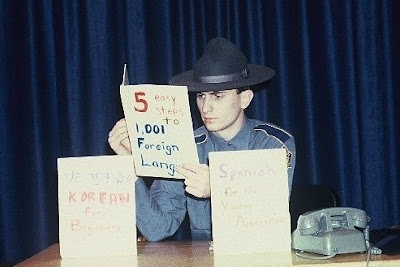 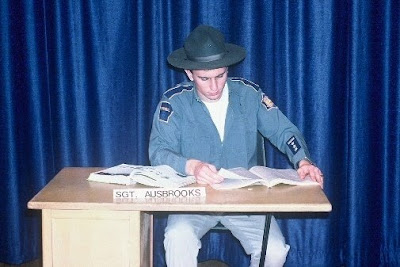 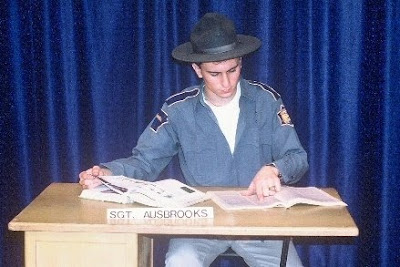 I also had two roles as Sgt. Ausbrooks and Sloth the courtroom baliff. The police uniform I'm wearing belonged to Jerry Mills' father, who was a State Trooper at the time. In the first of the three photos above and according to the play's official script, Sgt. Ausbrooks is studying foreign language books, in case of any future immigrant invasions. 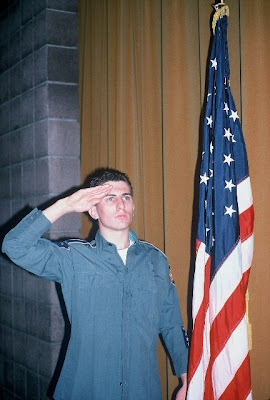 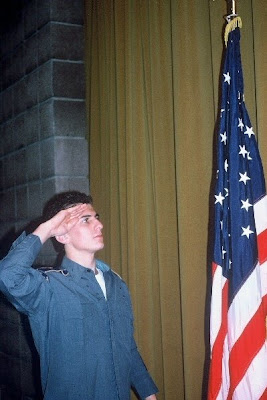 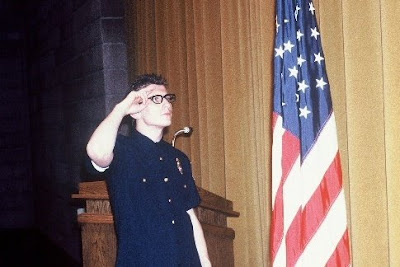 Sloth was a spin-off of "Bull" from Night Court. Remember Bull? There was an embarrasing moment during the second act (not the dance with Trent) where Freda Kay Skokas (Sara) was supposed to find a sandwich while digging in a trash can. Sloth asks, "You gonna eat that?" and is supposed to take it from her and take a big bite. Turns out that the stage crew played a little sneaky on me... and put a piece of chewed up bubble gum inside the sandwich!

The only thing that kept me from taking a bite was me noticing a big piece of cheese that was also on the sandwich. I didn't like cheese, so I opened the sandwich to take it off & noticed the gum. Whew! I'll post a clip of Sara's & my response to this later, along with other clips from all three plays.