Deep down in my box of retro-goodies I found an old film processing envelope and inside were a small box of slides. Remember slides? If you want nostalgia, there's nothing better than the sound of the fan humming and the smell of the dust burning on the bulb of on an old slide projector in a dark room while you watch life-size pictures of yourself in diapers.

Anywho... what I found to be on these slides is yet another rare slice of SHS Class of 88 history. These slides were taken for use in the senior play, Benny Eat A Woodchuck. Below are two of four slides taken during one of our rehearsals. 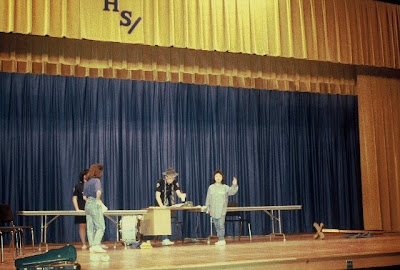 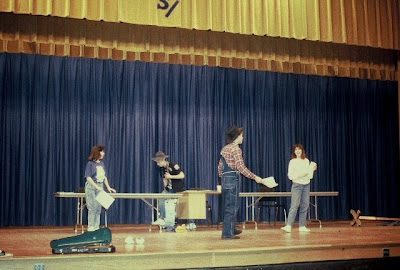 The slides you'll see below were taken to be used as a type of "closing credits" for our play. Think of a "where are they now" vignette. 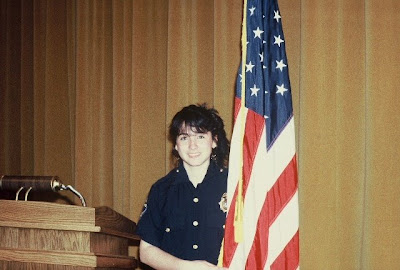 I don't have the official script for this part of the play, but I think Yolanda was reported to have quit day court and went on to star on the hit Spanish Courtoom series "El Tribuno de la gente." (sp?) That's supposed to be Spanish for "The People's Court", but I don't think we were even close! I'll try to post the video of this final part of our play soon for you to see/hear for yourself.

In real life, Maria was an exchange student from Columbia. She recently found me on Facebook and has since joined http://www.sheridan88.com/. 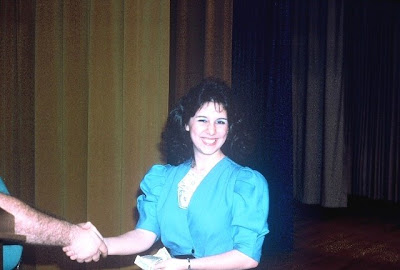 Betty Jo did a great job with this character. Frankly, I'm rather embarrased that we wrote a character like this into the script and that the faculty even let us do it! 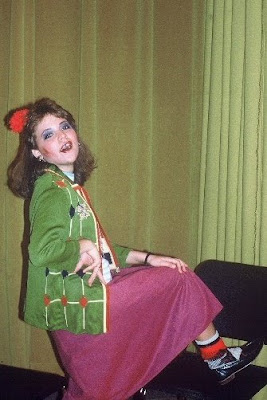 Freda Kay Skokas was a "dignified" trash lady who lived out of her shopping cart. Sara NAILED this role! She really could play the part. Does anybody know where Sara is these days? She was a sweet girl & good friend. 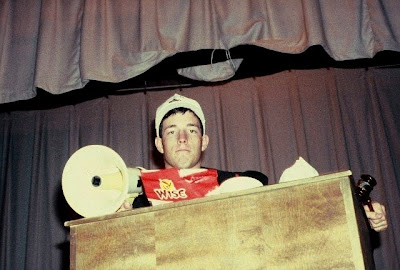 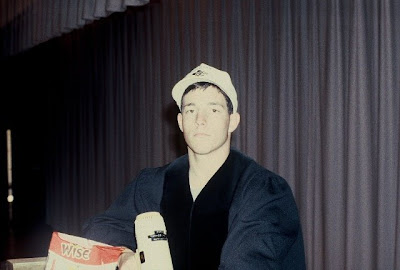 Trent's role as Judge Easton was to be a half-interested, absent minded judge who rarely knew what was going on. He borrowed the robe from his own dad, who's still a judge in Sheridan. 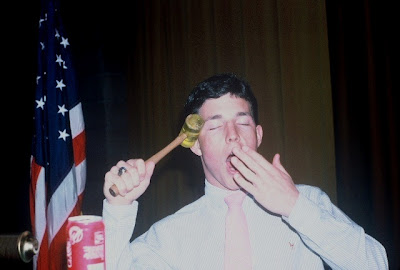 Some of you might remember that during the play performance, someone spiked Trent's coke can with some sort of hot pepper... he recalls smelling the odor just as he was about to take a swig! 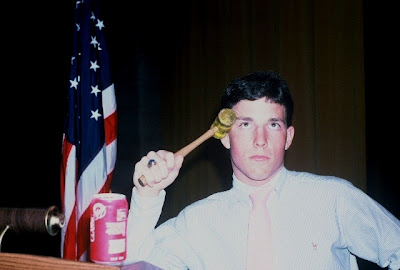 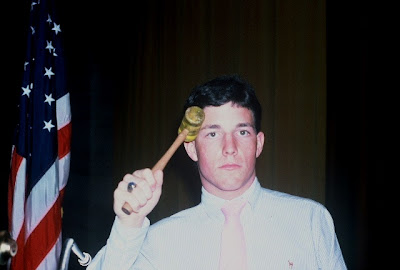 Stay tuned, in a few days I'll post the other half of the slides from Benny Eat A Woodchuck, and in the weeks ahead, I'll be uploading short segments of all three senior plays (the huge file size and YouTube both limit the ability to post the entire plays).