Back to the Zoo

I posted the first photo below back in August, but have since found several more photos from Mrs. Tolson's kindergarten class trip to the zoo.
I just took my children to the LR Zoo about a week ago, it's much different now. For one thing, it almost cost more for one adult to get in today ($8) than it did our entire class back in the 70's! The former entrance gates are now gone & the old carousel sits in that spot. Also, the cages you see in the background of the photo below were the large cat cages. This building has now been renovated into a large snack bar called the "African Cafe". That's right, you can now eat a corndog in the same spot where Nala the lioness used to chew on that old bowling ball. 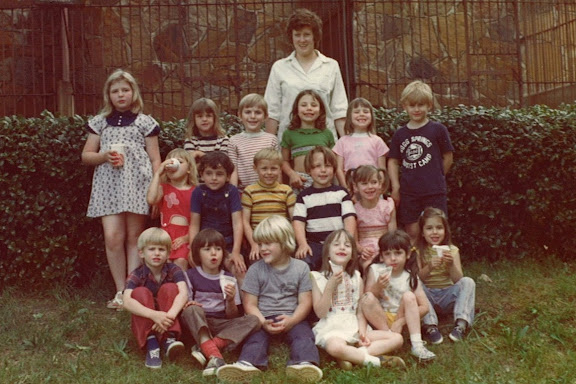 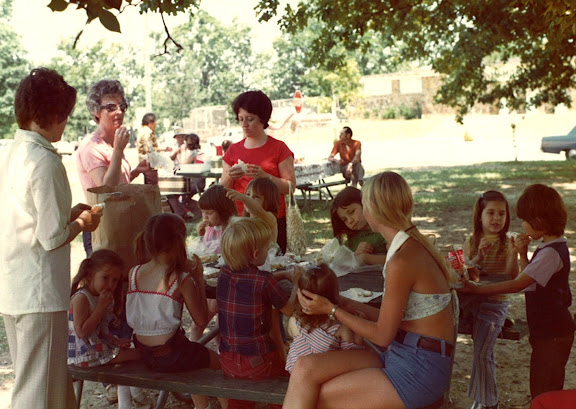 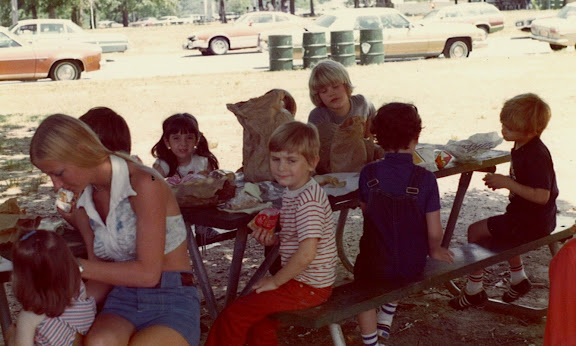 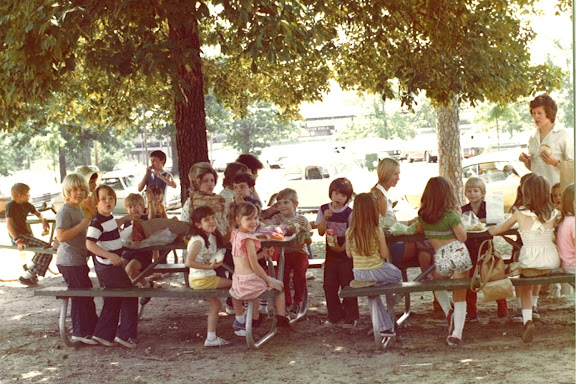 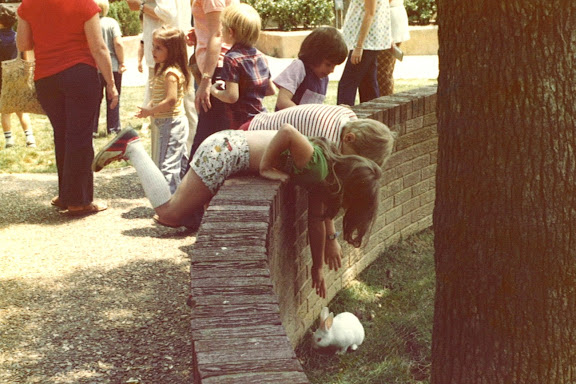 This is Kim Smith and myself leaning over the wall to pet the bunny. I don't remember much at all about the zoo trip, but I distinctly remember doing this! I also remember playing in the large shoe (remember that... from the "There Was An Old Woman Who Lived In A Shoe" nursery rhyme?) 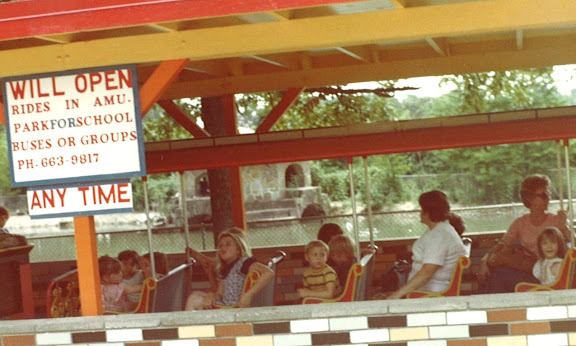 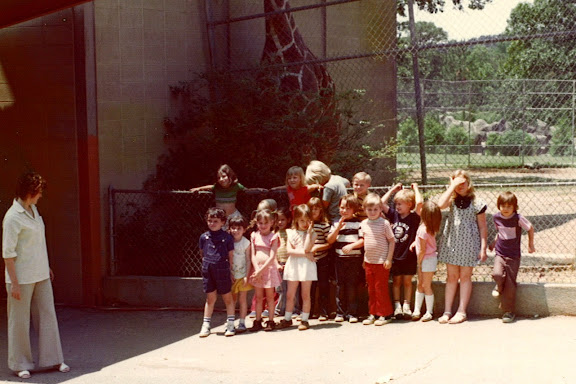 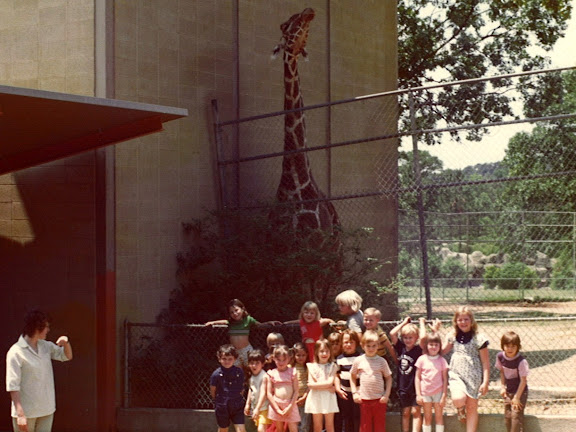