Melissa Nesbitt went to a LOT of trouble to re-scan this picture of Mr. Henley's computer class just so I could crop out an image of the poster on the wall. 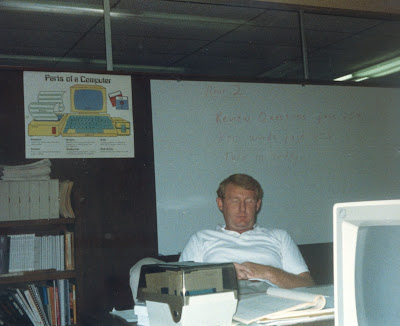 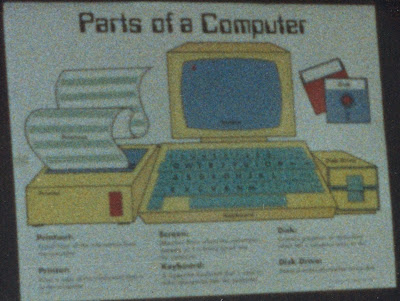 Notice the Dot Matrix Printer and the 5 1/4 floppy disks. I'm still amazed at the progress of technology. One of those floppies wouldn't have enough space on it to hold just one, averaged-sized digital photo! In fact, you probably have a micro-SD card in your cell phone or pda that's smaller than your fingernail and has more memory than the computers we used in high school! Amazing. I remember at the end of our junior year Mr. Henley told us about the new COLOR monitors we'd be getting the following year. Cutting edge, definately.