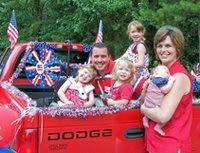 Read the first half here.

When we were in junior high school, many of us regularly attended Sheridan High School games. In reality, it was probably more of a social gathering than it was to watch a good football game. As eighth-graders, we watched Sheridan High School begin its season with a win, a loss, and a tie – a 1-1-1 record. The Yellowjackets wouldn’t win another game that season, finishing 1-8-1 and beginning what would become the state’s longest losing streak at the time. They failed to win another game the next two years. The final year of that 27-game losing streak was our class’ first as part of the high school team. Losing didn’t feel good.

I had heard stories of Sheridan’s glory days in the 1960s and 1970s under Charlie Whitworth, but those sounded like distant fairy tales. It seemed only a miracle could make a winner out of Sheridan.

Then along came Don Campbell and a new brand of football. Things changed – and I believe a lot of it was attitude – in the ‘86-87 season. It started with a season-opening win over Bryant, and continued on with a 7-3-1 record, a playoff appearance, and a near upset of would-be state champion Wynne. But we had some talented seniors on that team who would be lost to graduation. Or were they just lost AFTER graduation? Anybody know for sure? There were a few in that group who were pretty suspect. (Of course, I’m just kidding with the Class of ’87. I go to church with half of them.)

The 1987-88 season started the same as the year before – with a win over Bryant. And the wins kept coming. The crowds grew bigger and louder. The Yellowjackets were gaining respect statewide.

These Yellowjackets were a throw-back. They won the old-fashioned way with a strong defense, powerful line play, and a near-unstoppable ground game. Win after glorious win came our way, all hard-earned. Sheridan finally had bragging rights over teams that had thrashed us traditionally, and it felt good. No, it felt great!

Sheridan entered the final game of the regular season with a 9-0 record. The Yellowjackets were highly favored over a J.A. Fair team that entered the game with a 3-5-1 record.
But would:

A: The Sheridan players be over-confident?
B: Get a case of the jitters?
3: Play the way they had all year?

The answer was simple: 3. (Lessons I’ve learned: Never pick A or B on a multiple choice test. And if you’re ever a contestant on Wheel of Fortune, don’t pick a number. Only pick numbers in silly little quizzes like this.)

Well, of course they’d play they way they did all year! With a 20-0 shutout victory over J.A. Fair, Sheridan completed its first perfect regular season since 1966, and the crowd shook their cans like never before!

The next week brought a return trip to the playoffs for the No. 3-ranked Yellowjackets, and victory over Trumann. But the big test was yet to come.

Haygood Stadium at Henderson State would be the host site for the much-hyped matchup against the state’s top-ranked team, the Arkadelphia Badgers. An overflowing crowd of about 10,000 people showed up to watch a great high school football game. Unfortunately for Sheridan fans, the result was not what we had hoped for with the game – and the Cinderella season – ending in a 39-21 loss.

Some from that team went on to play college football. Most did not. But each of them, and all of us who enjoyed watching them, experienced something special. No matter how fuzzy the memories get, they’ll always be special ones. Thank you, Class of ’88!

Be careful, successful and blessed. See you all at the reunion!

Many thanks to Andy for writing this article for our blog.
Please visit his website.
Posted by Aaron
Email ThisBlogThis!Share to TwitterShare to FacebookShare to Pinterest
Categories: football, sports