Here is a photo I've had for thirty-four(!) years now. This is Mrs. Tolson's kindergarten class ('75-76) on the annual Little Rock Zoo trip. 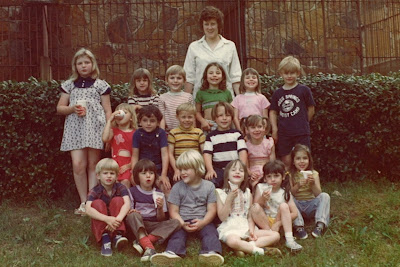